Hank Kunneman is a proven prophet who often knows what will happen shortly in the White House. He posts his prophecies on his website before they happen. In 2004 – 5 he started warning his congregation that there would be a big shaking in the housing market. Many people heeded his words and got rid of their mortgages.

Other predictions from this proven prophet

When asked what will happen to our economy, he replied that the Lord told him there would be two “hiccups” and then things would get back to normal. He says that 2010 – 2020 will be a decade of breakthroughs for Christians.

Early in this century he prophesied that gasoline would go up to over $5 a gallon. It did.

He prophesied that after a while it would go down again. This also happened.

In January 2010 he prophesied that there would be snow in all 50 American states. You may remember hearing it on the news. It snowed in all 50 states.

In January 2011 Hank prophesied that the youth in Egypt and other Middle East nations would arise.

As for future events, he prophesied
♦      That Israel would discover so much oil and natural gas that they would become self sufficient.
♦      That the United States will have a female president.
♦      There will be such a big implosion within North Korea that the division between North and South Korea would disappear.
♦      Youth in America would march in the streets demanding that prayer be allowed in schools again.

7 angels give her healing words

Becky Dvorak has seven angels that follow her to where she is ministering with her healing words. One of the angels has a little book. He reads from the book into her ear. After he finishes reading, she repeats whatever he said.

Sometimes she hears the Holy Spirit speak into her ear. She may even feel His breath. Then she repeats what he says. That is very prophetic.

Once when Becky was ministering, the Spirit of God asked her to call out arthritis. She told people with arthritis to come forward. Around 100 people did.

There were so many that Becky asked them to hold hands. She released the healing power of the Holy Spirit into their joints. She commanded the swelling and pain to be gone.

Virtually everyone was instantly healed.

Someone from Europe emailed Becky Dvorak to say that she had a brain tumour. Becky emailed her back and told her to start prophesying over her body:

She prophesied Becky’s points over herbody multiple times that day.

The next day she went to see a group of doctors who were to be operating on her brain. They were confused. The x-rays showed that the tumour was gone.

Watch the rest of this story in the video below.

Sometimes is extremely valuable to have honed you ability  to hear the Lord’s voice. For instance, Becky Dvorak had a severely autistic child. Then one day she heard the Spirit of God say, “Take your authority over that autistic spirit now!”

She pointed at the child and said, “In Jesus’ name, I renounce that autistic spirit. I command you to come out of him now.”

The boy was instantly healed and never ever had another autistic episode.

The late John Paul Jackson (1950 – 2015) had an track record of making accurate predictions. He predicted that Hosni Mubarak would be ousted as president of Egypt and that his rule would be replaced by a terrorist state. He predicted that before the Arab Spring of 2011. He predicted that there would be an assassination attempt on an American congressman. That was before Gabrielle Giffords was shot.

This will cause unprecedented climactic changes. Some crops will not grow. Some food will become incredibly expensive. In places it will be necessary for trucks carrying food to have armed guards.

The tilting earth will disrupt the shield against some types of solar radiation. That will render some earth satellites inoperable. There will be major communication disruptions that will render cell phones, ATMs, television, etc. inoperable for a time.

One day Israel will fire a rocket into Iran. That will produce greater anti-semitism. Israel will be blamed for the high price of gasoline. OPEC nations will refuse to sell oil to countries that support Israel.

The America dollar will collapse. America will have a new currency. There will be a new global currency. Turkey will rise up an become an incredible force in the Middle East.

Russia will blackmail many smaller nations (Poland, Hungary, Ukraine, etc.) and insist that they come into a whole new alliance. If they do not come into the alliance, their oil and gas supplies will be cut off.

A dirty bomb will explode in an American coastal city rendering it uninhabitable for 30 years. The magma within the earth will heat the ocean floor kill huge numbers of fish.

It will be a time of great chaos throughout the world.

Q, How to you protect yourselves? Answer: Draw near to the Lord and He will draw near to you. James 4:8.
Become intimate with God. Have two-way conversations with God. Develop a new love and respect for the Word of God.

It’s time to simplify and restructure our lives. The Lord told John Paul Jackson that we should think in terms of these four things:
♦ Real food
♦ Real need
♦ Real energy
♦ Real money

If huge numbers of people will unite and pray, many of these calamities can even be reversed.

On this post we will be discussing seer miracles. First of all, we have to decide what a seer is. A seer is a prophet who hears from God primarily using the gift of sight.

Ana Werner was taken to the Mailing Room of heaven. It is a huge room filled with packages on shelves. Angels are taking packages down to earth as answers to people’s prayers. Other packages are answers to prayers that haven’t been asked yet.

Another room Ana has seen is the Body Parts room. These are body parts that can be taken to earth to be placed into people’s bodies. (Read the next section for more information on body parts.)

Receiving a knee cap from an angel

Among all the seer miracles that Ana experiences, this is one that really stands out.

Ana Werner gave an altar call after preaching. It was then that she saw an angel behind her. He was carrying a knee cap.

Ana asked if anyone in the line had a sore knee. When someone did, Ana took the knee cap from the angel and placed it into the leg of the lady in the prayer line. 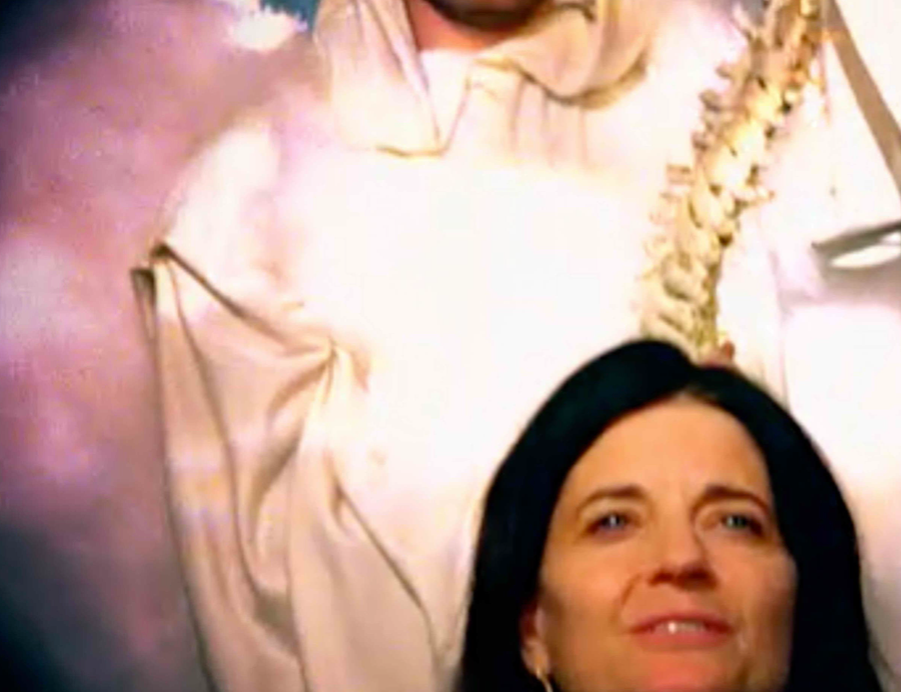 After the angel inserted the spinal cord into her body, the lady could walk. She had not been able to walk for over 20 years.

Watch the two videos below to learn more.

Seeing English words in the air

When Ana Werner is praying for people, she sometimes sees English words written in the air. The words may represent what emotion caused an infirmity. This will lead to a conversation with the person that results in repentance and healing.

Seer miracles in a highlighted area of the body

Ana Werner will sometimes see an area in a person’s body highlighted. She knows that there is pain in that area. Then she prays for the pain.

IHOP is the International House of Prayer in Kansas City. For the past 19 years Mike Bickle has led this 24/7/365 prayer & worship centre. People come from all over the world to be there just loving God.

35 years ago the late Bob Jones prophesied that IHOP would happen. Loving God would be a big part of it.

He went into detail.  He even prophesied that people in the rice paddies of Asia would be watching the prayer and worship on their smartphones. That was years before the smartphone was invented.

Watch more about this story on the video below.

Love the Lord & your neighbour, priorities

The second is, Love your neighbour as yourself. There is no other command greater than these.
Mark 12:31

When Bob Jones had a trip to heaven, Jesus asked him, “Did you learn to love?” Loving God and others seems to be the most important thing we can do in the kingdom of God.

It’s really important that loving god has the higher priority.

When Bob Jones went to heaven, the Lord let him know that he could stay or go back to earth to help prepare the world for a billion soul harvest. They will be brought into the Kingdom with greater power than anything Bob has ever seen.

The Lord told Bob that there would be a third world war. Bob could help prepare the people so that they would not be so discouraged by the increasing trouble. They would be confident that the Lord would take care of them.

Bob Jones chose to go back for souls.