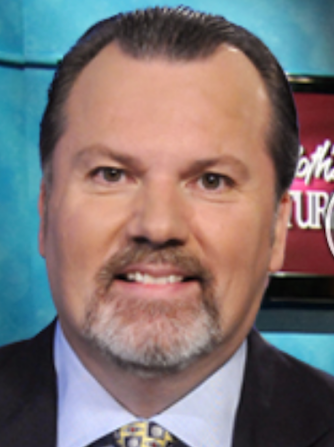 Gary Kah has spent his lifetime trying to understand and expose an economic, religious and political system  that is being  implemented to produce a one world government. The InterFaith movement is attempting to unite the world’s major religions. Among other things, they want to declare that the God of the Bible is the same as the god of the Koran.

Former British prime minister Tony Blair established the Faith Foundation. He wants to spend the rest of his life trying to unite the world’s religions.

The United Nations promotes InterFaith. They have designated a week that in each February will be the World InterFaith Harmony Week.

The Book of Revelation says that the Temple Mount will be rebuilt in Jerusalem. Adnan Oktar, a leading writer (65 million books in print) in the Muslim world is calling for the rebuilding of the temple. He calls it a mosque. He has met with conservative Jewish leaders who want to cooperate in building it.

“What is the point of uniting the world’s religions?”, you might ask. It will be much simpler to have a one world government and control the people if the religions are all one.

Much of the intelligence in this article came about by the intense investigation of Gary Kah. Mr. Kah used to work under the lieutenant governor of the state of Illinois as European and Middle East Trade Specialist. As such, he went to over thirty different countries and was able to get information that would be very difficult for most people to obtain.

In 1984 he found out that the United States was planning on printing its currency in a new way. It would be printed to have features that would make it much easier to blend with other currencies of the world.

He started warning people and was threatened with being fired.

One world government & a world constitution

In 1987 Mr. Kah was invited to join the World Constitution and Parliament Association. Their agenda is to have a one world government.

Mr. Kah began corresponding with one of the leaders and ended up collecting several hundred pages of documents. He says that many members have a New Age occultic eastern mysticism viewpoint. They are often opposed to Bible-believing Christians and conservative Jews.

What they really will be doing is setting up an anti-Christian, one-world economic, religious and political system.

The above notes are designed to whet your appetite.