After 16 years of domestic violence, Paul Hegstrom and his wife got a divorce. Then, as Dr. Hegstrom learned what he had been doing and why, he “rewired his brain”. The process took three years.

Outside of his home, people really liked Paul. That was because he was such a nice guy. But, inside his home he was abusive to his wife in every way including physically and emotionally.

He hated himself for that. He thought he was dirty and damaged. He kept saying that he would change. But, his behaviour had control over him. 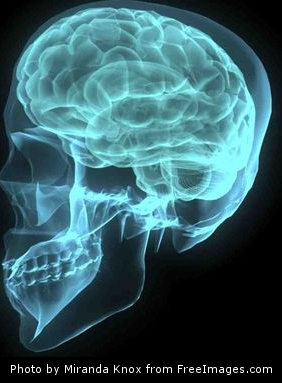 He eventually started a research project trying to find out how to make himself into a decent person. He found out how to “rewire his brain”.

The cause of his behaviour

Paul had been raped by a man at age eight. That had been a big part of the problem.

Some types of prepubescent traumas cause the body’s adrenalin producing system to be on high alert.

He found out that there are three chemicals (dopamine, seratonin and norepinephrine) that could not be produced in sufficient quantities at the onset of puberty. The extra adrenalin prevented that from happening. As a result, part of him remained like a nine-year-old boy.

(By the way, the five types of prepubescent traumas that can put the adrenalin-producing system to stay on high alert are:

Books and DVDs by Dr. Hegstrom

Broken Children, Grown-Up Pain: Understanding the Effects of Your Wounded Past

These are just some of the damaging fragments that remain embedded within our personalities, behaviors, and souls when we are broken as children. The memory of the past may seem distant and clouded, but within its scars deep wounds remain that continue to inflict pain upon our adult lives — and often end up spilling into the lives of others.

Broken Children, Grown-Up Pain, Paul Hegstrom shows us the scars from his broken childhood and shares practical and proven methods for facing and dealing with the pain of the past. By using scientific research, psychological studies, and biblical principles — especially those found in the Jewish model of raising children — he points us to the place of healing where we are finally free to pursue authentic relationships and build healthy emotional intimacy with others.This updated version of Broken Children, Grown-Up Painis an excellent resource for pastors, teachers, counselors, psychologists, parents, or anyone wounded by an abusive past.