One of the guests in today’s blog post had an angelic visitation announcing that the miracles glory is about to cover our planet. That means we are entering a time of unprecedented miracles.

The oil flowed throughout the Bible. When it got to the Middle East, it formed a heart.

The oil is used to perform miracles.

A young man had stage 4 lymphoma. His mother added oil to his muffins every morning. After the doctor checked him out, he said that there was no cancer whatsoever in the young man.

Unprecedented miracles after baptism of fire

Todd Smith was so hungry for more of God that he decided to take off his denomination glasses. He decided to read the Bible as if he was reading it for the very first time.

He saw all sorts of things that he had never seen before.

One day he was walking towards his empty baptistry and he got an open-eye vision. The baptistry was full of water with fire on top. Then the Lord told him that He would baptize people with Holy Spirit fire. 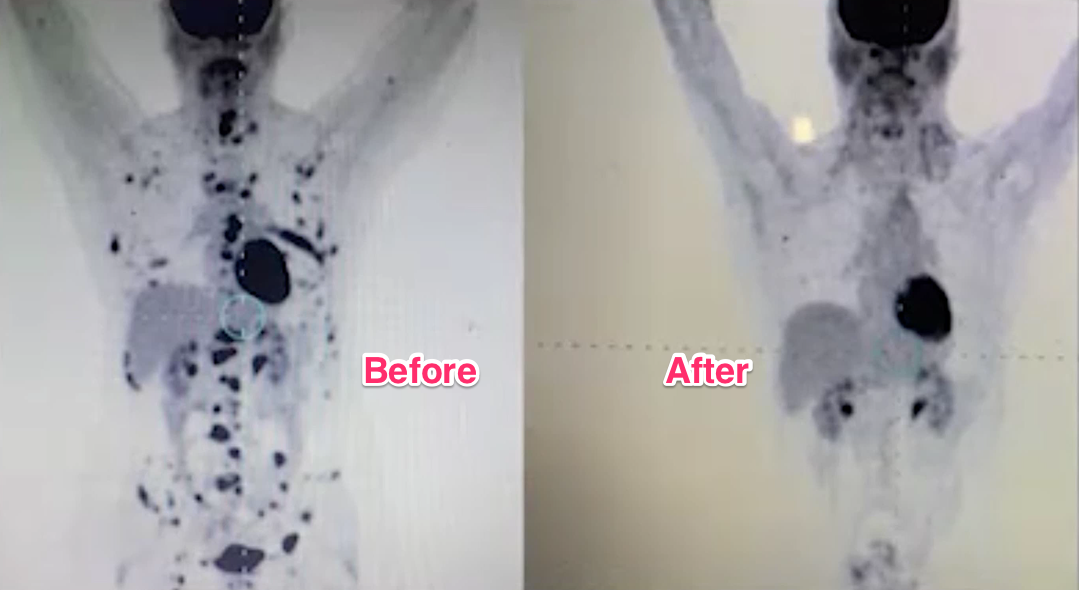 One lady who went into the baptistry had previously had a PET scan. It showed 50 cancerous lesions throughout her body.

The day after coming out of the baptistry she had another PET scan. It showed that the cancerous lesions had all disappeared. (The dark spots in the right-hand picture are healthy organs in the body.)

We’re in the beginning of an outpouring of the Holy Spirit that will soak the body of Christ like we’ve never seen before.

In some of Tim Sheets’ meetings the Glory of God shows up as a fog. He is unable to see past the first row. The cloud has a fragrance of honeysuckle.

At one meeting the Glory Cloud stayed for 3 days.

We can expect unprecedented breakthroughs in health, finances and whatever adversities have been coming against us.