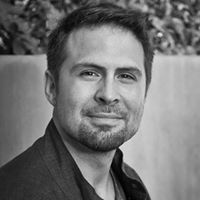 A seer prophet is a prophet who sees things visually. It could be dreams; it could be visions. In an interview on the It’s Supernatural TV show, Jamie Galloway defines it this way: A seer is one who sees the unseen. They see what is hidden in plain sight. They can see things through a lens that heaven has supplied both in the natural & the supernatural.

Jamie Galloway was ministering to a crowd. He saw something supernatural about a lady’s mouth but he did not know what it was.

The lady explained that half of her tongue had been surgically removed. Wanting to have her tongue restored, Jamie realized that the link between what you’re seeing in the supernatural and having it manifest in the natural is found in the tongue.

He prophesied that by morning her tongue would grow back. By morning it indeed had been supernaturally restored.

The imagination of the seer prophet

Commit your works to the Lord and your thoughts will be established.  Proverbs 16:3

Your imagination is within your thought life.

Jamie Galloway was once ministering to a boy whose foot bones had not been fully developed. He was unable to stand on that foot.

Watch this more fully explained below.

Drowned boy comes back to life

Jamie Galloway was at a resort situated beside a river. A drowned boy has just been pulled from the river.

With a bit of prompting from his wife, Jamie went up to the mother & asked for permission to pray. Jamie commanded the boy’s spirit to come back into his body.

Rescued by an Angel on Skis

When he was 8 years old, Jamie Galloway’s dad took him down a black diamond ski slope. It was extremely steep.

He hit a patch of ice, fell with his back resting on the snow & ice and began to accelerate. He was going so fast that his dad couldn’t catch him.

Suddenly another skier came out of nowhere and caught up to Jamie. The skier lifted Jamie up onto his skis so that he could ski to safety.

The unknown skier disappeared without saying a word. It was obviously an angel.

2 thoughts on “Seer Prophet, How Do You Define It?”