Life will never be the same 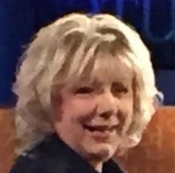 Laurie Ditto was taken to both heaven and hell. At the time she was not an enthusiastic Christian. She had lots of problems in her life.  Her supernatural experiences changed her radically. Read more below.

An unexpected trip to heaven

Laurie Ditto ended up in a Christian conference with people much different from her. These people were a bunch of  enthusiastically  worshipping Christians. For some reason, the Lord spoke to her in such a way that she knew it was Him.

He asked her what she wanted. She said she wanted to know if tongues is real. She got the gift of speaking in tongues.

The she gave Him a list of 3 things she wanted. She was then taken to heaven and communed with Jesus.

He asked her to give Him her pain. He touched her forehead with His forehead. She became a  changed person.

She had previously a heavy smoker on antidepressants. She no longer had a desire to smoke. She was no longer depressed.

A trip to hell

Laurie Ditto was worshipping in church. Suddenly she was taken to hell.

She was surrounded by fire. She was experiencing intense pain. The heat was so intense that her skin burned off her arms. But she would not die. There was no water.

She was surrounded by other people but was unable to talk to them. The sound of them screaming broke her eardrums.

She was suddenly taken back into her body in the church. She was screaming.

There are demonic lies spread throughout Christendom. The biggest lie is that once we are saved we are always saved.

Jesus said, “If you love Me, you will keep My commandments.” John 14:15. That sentence will help you be assured that you are saved.