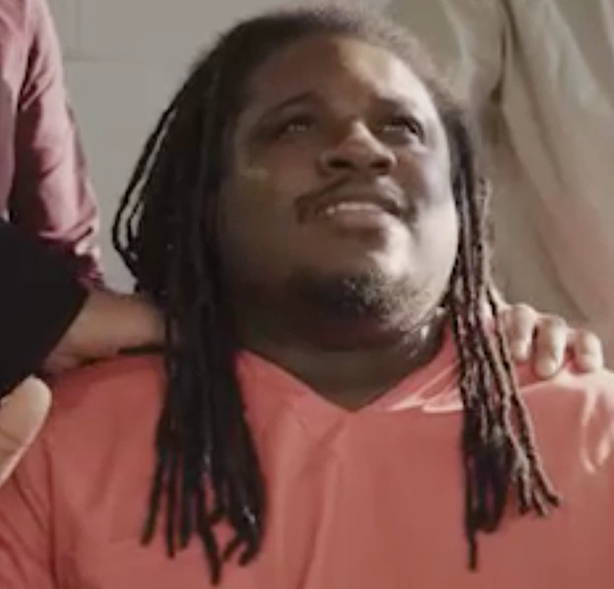 Shawn Morris came from a family of drug addicts, murderers and drug dealers. He was rejected by his birth dad. He was abused & ridiculed by his mother & stepfather. At age 11 he was into drugs & alcohol. By age 16 he was a heroin addict. As a teenager he lived a life of crime. In his early 20s he was facing 99 years in prison. Little did he know that this would be replaced by the Glory of God.

While in prison he started attending a Bible study. The inmates laid hands on him and prayed that he would receive Jesus. His heroin addiction left immediately.

He made a vow with God. He told God that if He would get him out of prison, he would never touch drugs

Watch the video below to hear more about Shawn’s testimony.

Shawn did not immediately live up to his part of the bargain. He stepped back into a lifestyle of drugs & crime.

But then one day a childhood friend came over to visit. Shawn knew that he had been saved. He noticed there was something different about him.

His friend took a Bible and began to read 2 Timothy 3.

There will be terrible times in the last days. People will be lovers of themselves, lovers of money, boastful, proud, abusive, disobedient to their parents, ungrateful, unholy, without love, unforgiving, slanderous, without self-control, brutal, not lovers of the good, treacherous, rash, conceited, lovers of pleasure rather than lovers of God—  having a form of godliness but denying its power.  2 Timothy 3:1-5

He asked Shawn what part of that passage belonged to him. Shawn read it, fell over under the power of the Holy Spirit and shook for several hours. He was radically transformed by God.

Some time later Shawn met up with his friend again. His friend laid hands on him and prayed, “Just receive, just receive.”

Shawn had never heard of tongues before. He opened his mouth & began to pray in tongues. Later he received more tongues. From  that time on, when  he prayed for people, they were instantly delivered & instantly saved.

When the Glory of God fell

Shawn Morris went on a 3-day dry fast. He was on the floor having a vision. The Glory of God came in. It looked like the room was full of smoke.

People came for a Bible study that night. EVERYONE saw the Glory cloud. When some were in it, they were slain in the spirit — in some cases for hours.

During this season of the Glory cloud,

A woman was run over by a car outside a church where Shawn Morris was speaking. The pastor dragged her into the church. Her arm was dislocated, a bone was sticking through her arm and the skin was scrapped off to the white part of the flesh.

After prayer the bone popped back within the arm and skin grew over the wound while people watched.