Training congregation to walk in the supernatural 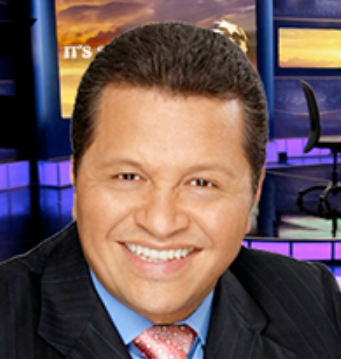 Dr. Guillermo Maldonado is the pastor of the largest hispanic church in America. He has seen the dead raised multiple times.

His church has spawned daughter churches in 30 different countries. He trains people to walk in the supernatural.

Anyone who has faith in me will do what I have been doing. He will do even greater things than these, because I am going to the Father.  John 14:12

Many years ago the Lord spoke to Guillermo Maldonado with an audible voice. He told him that was to bring His supernatural power to this generation. Now he teaches his pastors how to walk in the supernatural.

A lady connected to his church in Venezuela received a phone call from a hospital saying that her daughter had died. The lady went to the hospital morgue. After an hour of praying, the girl was raised to life.

In a similar incident, the Lord told Dr. Maldonado that He would be releasing the power of resurrection. In a church service, Dr. Maldonado prophesied resurrection. At that very moment someone in the hospital morgue was raised to life after being dead for 23 hours.

Dr. Maldonado is one of those pastors who has seen supernatural weight loss in his meetings. A 250 pound man attended one of his services. In the next 3 days his waist went from 48″ to 38″. He had gone down ten inches!

In another meeting he prayed for a boy whose growth was stunted because of a rare disease. In three days he grew six inches.

Healing not for today???

Another time a skeptical pastor was attending his meeting. He had been in the habit of preaching that healing was not for today. He had had polio as a child. As a result, one leg was extremely skinny. During the course of the meeting, the leg got fat. The man repented and was no longer a skeptic.

Just like the book of Acts, God is using the supernatural to bring people into His kingdom.

So Paul and Barnabas spent considerable time there, speaking boldly for the Lord, who confirmed the message of his grace by enabling them to do miraculous signs and wonders.         Acts 14:3