We are meant to be creative

In the beginning, God created the heavens and the earth.  Genesis 1:1

God created man in His own image.  Genesis 1:27a 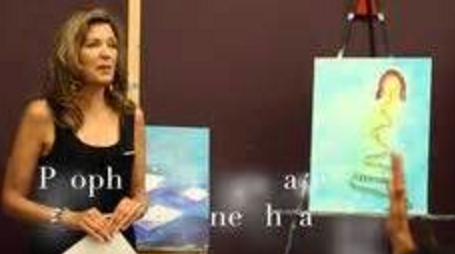 Theresa Dedmon says that Genesis 1:1 tells us that God is creative.  Since we are created in His image, it follows that all believers have the capacity to be creative thinkers.

We are to be “the head and not the tail”.  We should be using our creative talents to transform culture.

There is more on this topic in the YouTube video below.

Anointing on painting made people well

Handkerchiefs and aprons that had touched him were taken to the sick, and their illnesses were cured.  Acts 19:12a

This is discussed in the video below.

Man Was Blind But Now He Sees

A girl who had never done creative art before took a risk.  She went into a homeless shelter & began to work with the Holy Spirit to do some creative thinking.  She began drawing the man in front of her.  The man was sad but she drew a smile on his face.  Then she used the drawing to introduce the man to God. He kept the drawing in his pocket. His blind eye was healed, an ear was healed and a weak hand was healed.

One of Theresa Dedmon’s students drew a stick figure valentine and gave it to a lady in a supermarket. She was quite hearing impaired. She looked at the valentine and let the student pray for her hearing. She was healed.

Learn the whole story in the video below.