When 10,000 pounds of truck fell on Bruce Van Natta, his spirit left his body. He looked down at the medical personnel accompanied by two angels ministering to him.

His miraculous life began when he was five years old. Someone took him to Sunday school once. He was told that if he had problems, he should pray to Jesus.

He went home, prayed while in bed, was visited by Jesus and subsequently had supernatural experiences. Gifts of the Holy Spirit began working in him. These were such things as supernatural dreams, visions and words of knowledge. 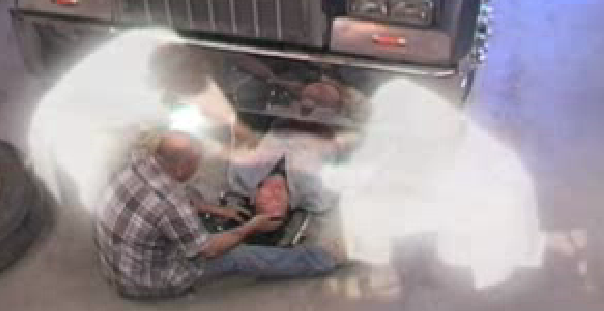 Flash forward a few decades. Bruce was a mechanic and was working on a truck weighing in at over 10,000 pounds. It fell on him and almost cut him in two.

He died. That is when he looked down at his body and saw the two angels ministering to him.

Because of the blood vessels that were cut, he should have died within eight minutes. He lived. But, he had only three feet of small intestine left. (That was from an original 22 feet or so.)

In New York the Lord told someone to fly to Wisconsin to pray for Bruce. The intestine grew.