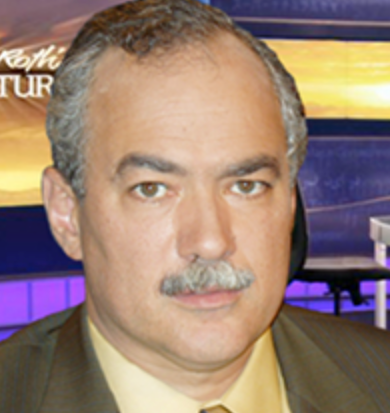 At one time in his life Walid Shoebat had been a bomb-carrying Palestinian terrorist.

After moving to the USA, Walid Shoebat fell in love with a Roman Catholic woman and married her. Wanting her to become thoroughly Muslim, he read the Bible so that he would be able to disprove it to his wife.

His plan backfired. He ended up believing that the Bible is true and that Islam is a lie.

Heritage of the Palestinians

The world has been taught to believe that a Palestinian can claim that his ancestors go way back centuries or even millennia.

Walid Shoebat says that’s not true. He says that all of his classmates could trace their heritage back to other countries. They could be such countries as Greece, Jordan, Egypt or Morocco.

From Hateful Muslim to a Peaceful Christian

As a Palestinian, Walid Shoebat had a huge hatred for the Jews. It was so hateful that he tried to kill them.

Later he moved to the U.S. To prove to his wife the Christianity was wrong, he bought a Bible & read it. In the process he became a Christian & developed a love for Jews.

According to Mr. Shoebat, the Muslim Brotherhood has all of the appearances of being a peaceful organization. However, it has spawned terrorist organizations.

The two main purposes of the Muslim Brotherhood are
♦ To cause all secular governments of the Middle East to become Islamic.
♦ To make the West become Sharia compliant. E.g., to change the American constitution so that it accepts Sharia law.