Justin Perry’s introduction to prophetic dreaming was unusual. He arrived home in a drunken state after partying until the early hours of the morning. Fed up with his life, he fell on the carpet and began encountering God.

In his spirit he could see the glory cloud of God hovering above him. It hovered above him for 3 hours. At the end he was cleansed of his drug addiction. He became a different person.

One evening while reading about Joseph in the book of Genesis, he asked the Lord why prophetic dreaming doesn’t happen any more. That night he had a prophetic dream about someone he knew. That lead to the person being born again, delivered and restored to his family.

Justin Perry receive two major revelations that changed his spiritual life. One was the importance of waiting on the Lord. Isaiah 40:31 says, “Those who wait upon the LORD will renew their strength; they will mount up with wings like eagles; they will run and not grow weary, they will walk and not faint.” Just get into God’s presence and patiently wait for a prompting or an answer.

The second one was praying the Bible by expanding upon various verses. Justin gave an example praying the Lord’s prayer this way.

He would expand “Our Father” by saying “Lord, you are such a wonderful father. Thank you for teaching me to be a son.  Thank you for loving my like a father.” Then he would go on to expand “Hallowed be thy name” to something like “God, your name is wonderful & glorious. It is a name above every name.”

Such expansion of the Word allows his spirit to fully engage with the revelation of God.

These two concepts are explained more fully in the video below.

The abuse of rejection 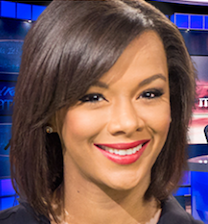 All of this rejection resulted in her becoming a cutter. Then she became a drug addict. Then, as a witch, she would cast spells on people.

But then, a miracle happened. While lying in a hospital bed, a Carpenters song began playing on the radio. Her mother heard the refrain, “Why do birds suddenly appear, every time you are near?”

When she heard that song, she asked God to give her a sign if He was real. A bird appeared at the window.

That was her sign that God was real. She felt the presence of God come into the room. Her drug withdrawal symptoms left. Jenny was no longer an addict.

She prayed & gave her life to Jesus.

A few years after Jenny Weaver became a Christian, someone invited her to a deliverance meeting. She began thinking that she did not have to be delivered from anything because she was saved.

An exorcist took Jenny aside and tried to exorcise the demon(s) for about 15 minutes. Jenny wanted to leave.

Then the exorcist held a Bible on Jenny’s head & began to speak in tongues. Jenny began to growl. She took her fingernails and began to try to recut herself.

What she had not realized was that the root of anger, rejection, hate and abandonment was still in her when she arrived at the meeting. She was set free when the roots were removed.

Corey Russell was in college with a huge substance abuse problem. In November 1996 his friend had an overdose and began to have some sort of mental problem.

Then, four months later, his friend was completely restored. He helped Corey drop his drug habit.

He dropped it immediately with no withdrawal symptoms. This was the ideal drug treatment option.

Corey was interviewed on TV about his experience with the treatment.
Watch the entire It’s Supernatural TV interview between Corey Russell & Sid Roth.