Justin Perry’s introduction to prophetic dreaming was unusual. He arrived home in a drunken state after partying until the early hours of the morning. Fed up with his life, he fell on the carpet and began encountering God.

In his spirit he could see the glory cloud of God hovering above him. It hovered above him for 3 hours. At the end he was cleansed of his drug addiction. He became a different person.

One evening while reading about Joseph in the book of Genesis, he asked the Lord why prophetic dreaming doesn’t happen any more. That night he had a prophetic dream about someone he knew. That lead to the person being born again, delivered and restored to his family.

Justin Perry receive two major revelations that changed his spiritual life. One was the importance of waiting on the Lord. Isaiah 40:31 says, “Those who wait upon the LORD will renew their strength; they will mount up with wings like eagles; they will run and not grow weary, they will walk and not faint.” Just get into God’s presence and patiently wait for a prompting or an answer.

The second one was praying the Bible by expanding upon various verses. Justin gave an example praying the Lord’s prayer this way.

He would expand “Our Father” by saying “Lord, you are such a wonderful father. Thank you for teaching me to be a son.  Thank you for loving my like a father.” Then he would go on to expand “Hallowed be thy name” to something like “God, your name is wonderful & glorious. It is a name above every name.”

Such expansion of the Word allows his spirit to fully engage with the revelation of God.

These two concepts are explained more fully in the video below.

Dreams from the Lord are often parables with various symbols that must be interpreted. It can often help to stop and pray that the Lord will give you a dream interpretation.

If a symbol is found in the Bible, it may help to read the Bible story that uses that symbol.

Watch the two very short videos below to learn more.

It helps to have a notebook specifically for your dreams. Write down dreams because you forget them so quickly. Also, as soon as you wake up after a dream, it helps to rehearse it over & over in your head.

Why the Lord gives us crazy, silly dreams

It seems that to help you remember a dream, the Lord will often attach an emotion to it. An example would be when the dream is so crazy that it makes you laugh.

Dream interpreter Stephanie Schureman had a dream once in which she was swimming down a river. A cow was following her. The cow began to laugh. 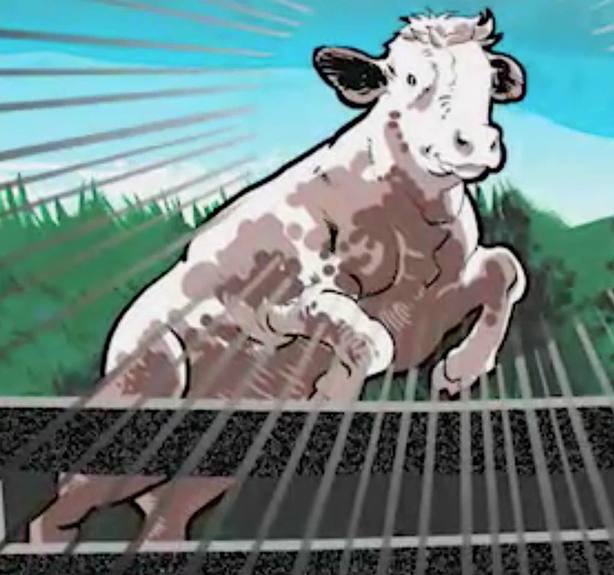 Stephanie crawled up a bank and climbed over a fence. The cow also jumped over the fence and kept laughing.

Then she heard in her spirit “cash cow”. She woke up and realized that she could be completely confident in the provision of the Lord.

The value of nightmares

The Bible says that nightmares can save us from several things: