Instructions from an angel 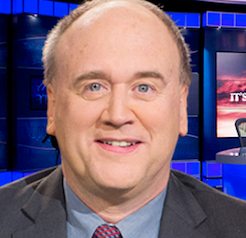 Kevin Zadai was given an angel agenda the first time he saw an angel. An angel showed up in his dorm room.

Kevin was told that he was to separate himself from a number of his friends for the next six months. These friends were going to be judged by God and they should not be his friends anymore.

The angel told Kevin that God has plans for him.

Learn more in the video below.

Angel agenda: To help us reach our destiny

Your eyes saw my unformed body; all the days ordained for me were written in your book before one of them came to be.
Psalm 139:16

Books of our destinies have been written. Angels have read your book.

It is the angel agenda to help you fulfill what is written in your book.

When you are speaking in tongues, angels hear you praying forth your destiny.

Kevin Zadia was in his office when he suddenly sensed a supernatural experience. He was taken to Mt. Sinai  to the point in time when Moses was speaking to Father God.

Then he saw four angels. One of them told him to tell the people not to grieve their angels.

Kevin Zadia was in his hotel room across from the Pentagon. Angels who had been assigned to the Pentagon came into his room.

One said that angels love it when people treat them as if they are actually real and that they are fellow servants.

They told him of a move of God that was coming. It will be the Father Movement. They said the special forces angels was already on the earth with their equipment preparing for this next move.

They handed Kevin books that he was to write in the future.