Hell is a real place 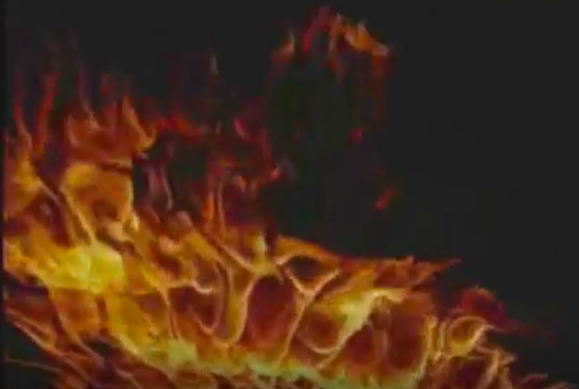 Bill Wiese had a very real revelation of hell. He was taken there for 23 minutes so that he could go back and warn people.

He was in a hot, loud, smelly prison cell with two reptilian demons around 12 feet tall. They hated God and directed their hatred toward Bill.

The demons were mean. They would claw him or throw him against the wall. He felt the pain and agony. But, it was impossible to die. The worst thing about the place was knowing that he would never get out and he would be there forever.

In the video below he explains how the 23 minutes began.

He wrote a book

Bill Wiese wrote a book about his experience — 23 Minutes in Hell.

He wrote “My sincere hope is that this book is the closest you will ever come to experiencing hell for yourself”.  He saw the searing flames, felt total isolation, and experienced the putrid and rotting stench, deafening screams of agony, terrorizing demons, and finally, the strong hand of God lifting him out of the pit–“Tell them I am coming very, very soon!”

Wiese’s visit to the devil’s lair lasted just twenty-three minutes, but he returned with vivid details etched in his memory. Since this life-changing ordeal, he has studied the Scriptures to find answers and has listed more than 150 Bible verses referencing hell.

Watch the video below for an idea of what life is like there.

In the book called 23 Minutes in Hell  Wiese shares his insights to commonly asked questions such as:

♦ Is it a literal burning place?

♦ Do you have a body there?

♦ Are there Degrees of punishment?

♦ Are there children there?

“Even if you don’t believe my story, I hope you will believe the Scriptures and avoid hell just the same.”