You can change the world

Pat Schatzline says when you get your destiny in sync with God, you can become part of the remnant of God. It blesses your whole family. Then it changes the world around you.

It started with Pat’s dad

Pat Schatzline’s dad worked with the Mafia.  His wife got saved and he could not stand it.  He finally said a prayer beginning with “God, if You’re real…”  His life changed, he became part of the remnant and 130 family members got saved.  Watch the video below.

Hypocrisy of church and backsliding

If you want to become part of the remnant, you have a responsibility to let your light shine before the people around you.  (Matthew 5:16)  Pat Schatzline was so discouraged with the counterfeit Christians around him that he nearly gave up on Christianity altogether. 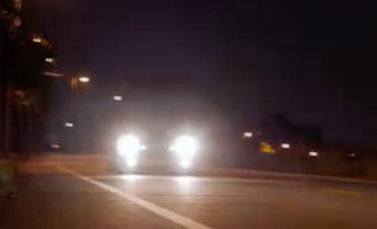 One night Pat and his buddy had been drinking.  They drove right into the path of another car.  The cars dematerialized and drove through one another.

(Editor’s note: I occasionally hear of a car dematerializing like this.  Remember John 14:12 — He will do even greater things than these, because I’m going to the Father.)
Watch the video below.

Pat did not like his backsliding life and he was not sure about Christianity.  So, he prayed and Jesus showed up in his room.  Watch the video below.

Pat Schatzline was radically saved and serving Jesus with all of his heart.  He was definitely part of the remnant.

All of their scars had been healed.  Watch the video below.

What is the remnant?

The remnant consists of the failures, the fatherless and the freedom fighters.  The remnant knows that they will not stop when others think that is the logical thing to do.  They have the power and authority to change cultures.

The remnant are those radical Christians that God is raising up to change the world.  If you are part of the remnant, you are someone that God has hand picked.  He has hand picked you to fulfill your purpose on the earth.

To learn more about what the remnant is, watch the short YouTube video below.