About 3500 years ago a Hebrew leader by the name of Moses led the Hebrew slaves out of Egypt. For all of those hundreds of thousands of slaves to escape from Egypt all at once would have been a terrible blow to the economy of Egypt. 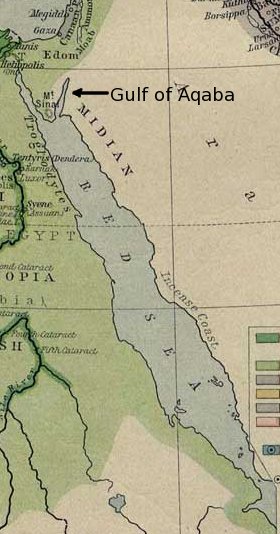 So, Pharaoh decided to get his army and chase after them. When Moses saw the dust of Pharaoh’s army, he and the slaves were at the Gulf of Aqaba on the Red Sea.

At that point, what is arguably the biggest miracle in the Bible occurred. A strong wind came and piled the water up. The Hebrews were able to walk across the Red Sea on dry ground.

The Hebrews kept walking until they got to Mt. Sinai.  Moses hiked up the mountain where he got the ten commandments from God.

Now let’s flash forward to 1978. Archaeological researcher, Ron Wyatt, was after scientific evidence of the biblical account of the story of Moses. Here are two pictures of chariot wheels.

The one on the left is a fossilized wheel in the bottom of the Gulf of Aqaba. The other is a painting from an Egyptian tomb.  Notice the similarities.

To learn more, watch the video below.

Archaeological evidence of Moses crossing the Red Sea and Pharoah’s army being drowned.

One thought on “Red Sea Crossing”