Editor’s note: The story below has obviously been fictionalized.  It is included in this website to help you have the right words to say when you encounter the same thing that the students in the story experienced.

“Let me explain the problem science has with religion.” 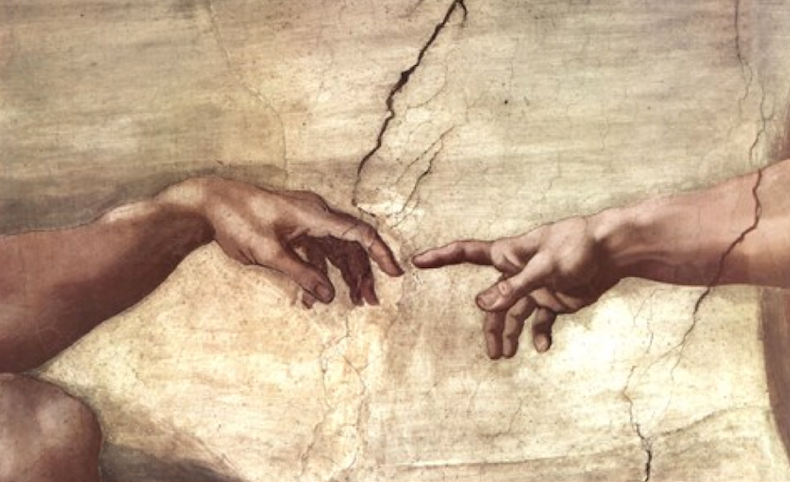 The atheist professor of philosophy pauses before his class and then asks one of his new students to stand.

‘So you believe in God?’

‘Is God all-powerful? Can God do anything?’

The professor grins knowingly. ‘Aha! The Bible! He considers for a moment. ‘Here’s one for you. Let’s say there’s a sick person over here and you can cure him. You can do it. Would you help him? Would you try?’ 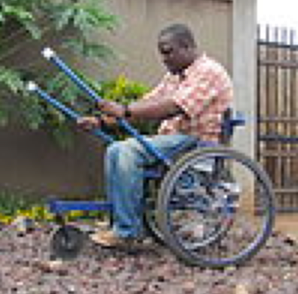 ‘But why not say that? You’d help a sick and maimed person if you could. Most of us would if we could. But God doesn’t.’

The student does not answer, so the professor continues. ‘He doesn’t, does he? My brother was a Christian who died of cancer, even though he prayed to Jesus to heal him. How is this Jesus good? Can you answer that one?’

The student remains silent. ‘No, you can’t, can you?’ the professor says. He takes a sip of water from a glass on his desk to give the student time to relax. ‘Let’s start again, young fella. Is God good?’ 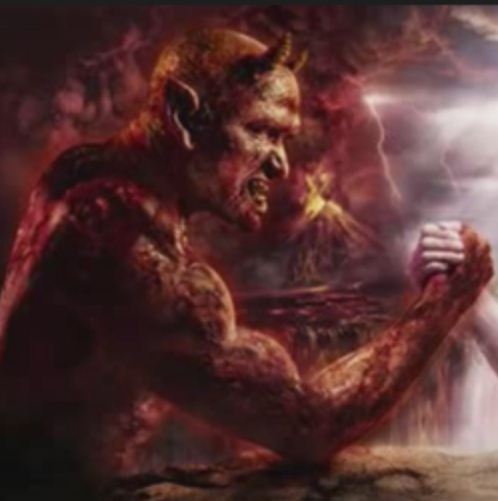 The student doesn’t hesitate on this one.. ‘No.’

‘Then where does Satan come from?’

The student falters. ‘From God’

‘That’s right. God made Satan, didn’t he? Tell me, son. Is there evil in this world?’

‘Evil’s everywhere, isn’t it? And God did make everything, correct?’

Again, the student has no answer. ‘Is there sickness? Immorality? Hatred? Ugliness? All these terrible things, do they exist in this world?’

The student squirms on his feet. ‘Yes.’ 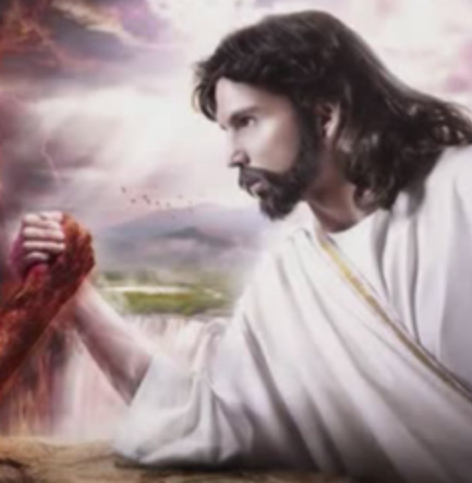 The student does not answer again, so the professor repeats his question. ‘Who created them?’ There is still no answer. Suddenly the lecturer breaks away to pace in front of the classroom. The class is mesmerized. ‘Tell me,’     he continues onto another student. ‘Do you believe in Jesus Christ, son?’

The student’s voice betrays him and cracks. ‘Yes, professor, I do.’

The old man stops pacing. ‘Science says you have five senses you use to identify and observe the world around you. Have you ever seen Jesus?’

‘Then tell us if you’ve ever heard your Jesus?’

‘Yet you still believe in him?’

‘According to the rules of empirical, testable, demonstrable protocol, science says your God doesn’t exist… What do you say to that, son?’

‘Nothing,’ the student replies.. ‘I only have my faith.’

‘Yes, faith,’ the professor repeats. ‘And that is the problem science has with God. There is no evidence, only faith..’ 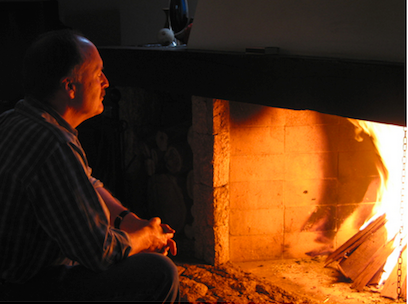 A student stands quietly for a moment, before asking a question. ‘Professor, is there such thing as heat? ‘

‘And is there such a thing as cold?’

The professor turns to face the student, obviously interested. The room suddenly becomes very quiet. The student begins to explain. ‘You can have lots of heat, even more heat, super-heat, mega-heat, unlimited heat, white heat, a little heat or no heat, but we don’t have anything called ‘cold’. We can hit down to 458 degrees below zero, which is no heat, but we can’t go any further after that. There is no such thing as cold; otherwise we would be able to go colder than the lowest -458 degrees. Every body or object is susceptible to study when it has or transmits energy, and heat is what makes a body or matter have or transmit energy.. Absolute zero (-458 F) is the total absence of heat. You see, sir, cold is only a word we use to describe the absence of heat. We cannot measure cold. Heat we can measure in thermal units because heat is energy. Cold is not the opposite of heat, sir, just the absence of it.’

Silence across the room. A pen drops somewhere in the classroom, sounding like a hammer.

‘What about darkness, professor. Is there such a thing as darkness?’

‘Yes,’ the professor replies without hesitation. ‘What is night if it isn’t darkness?’

‘You’re wrong again, sir. Darkness is not something; it is the absence of something. You can have low light, normal light, bright light, flashing light, but if you have no light constantly you have nothing and it’s called darkness, isn’t it? That’s the meaning we use to define the word. In reality, darkness isn’t. If it were, you would be able to make darkness darker, wouldn’t you?’

The professor begins to smile at the student in front of him. This will be a good semester. ‘So what point are you making, young man?’

‘Yes, professor. My point is, your philosophical premise is flawed to start with, and so your conclusion must also be flawed..’

The professor’s face cannot hide his surprise this time. ‘Flawed? Can you explain how?’

‘You are working on the premise of duality,’ the student explains.. ‘You argue that there is life and then there’s death; a good God and a bad God. You are viewing the concept of God as something finite, something we can measure. Sir, science can’t even explain a thought.’ ‘It uses electricity and magnetism, but has never seen, much less fully understood either one. To view death as the opposite of life is to be ignorant of the fact that death cannot exist as a substantive thing. Death is not the opposite of life, just the absence of it.’ ‘Now tell me, professor. Do you teach your students that they evolved from a monkey?’ 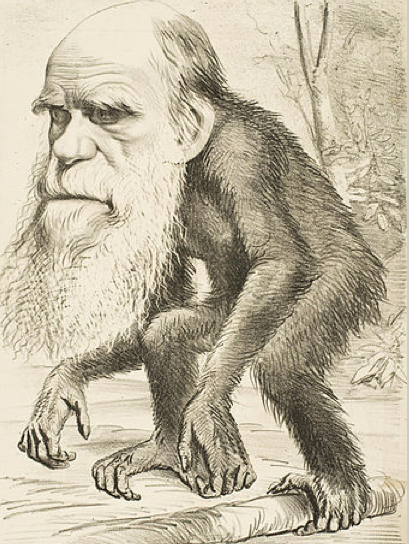 ‘If you are referring to the natural evolutionary process, young man, yes, of course I do.’

‘Have you ever observed evolution with your own eyes, sir?’

The professor begins to shake his head, still smiling, as he realizes where the argument is going. A very good semester, indeed.

‘Since no one has ever observed the process of evolution at work and cannot even prove that this process is an on-going endeavor, are you not teaching your opinion, sir? Are you now not a scientist, but a preacher?’

The class is in uproar. The student remains silent until the commotion has subsided. ‘To continue the point you were making earlier to the other student, let me give you an example of what I mean.’ The student looks around the room. ‘Is there anyone in the class who has ever seen the professor’s brain?’ The class breaks out into laughter. ‘Is there 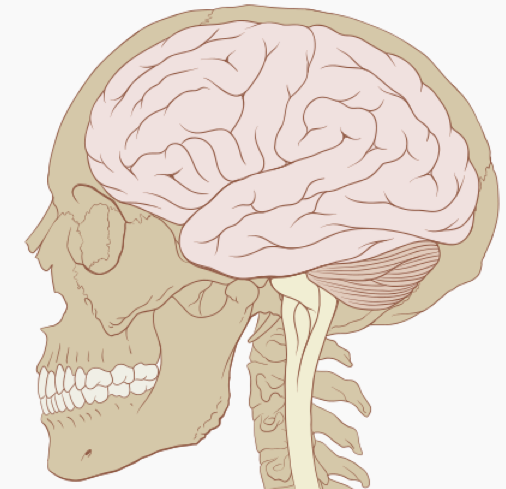 Now the room is silent. The professor just stares at the student, his face unreadable. Finally, after what seems an eternity, the old man answers. ‘I Guess you’ll have to take them on faith.’

‘Now, you accept that there is faith, and, in fact, faith exists with life,’ the student continues. ‘Now, sir, is there such a thing as evil?’ Now uncertain, the professor responds, ‘Of course, there is. We see it Everyday. It is in the daily example of man’s inhumanity to man. It is in The multitude of crime and violence everywhere in the world.  These manifestations are nothing else but evil.’

To this the student replied, ‘Evil does not exist sir, or at least it does not exist unto itself. Evil is simply the absence of God.  It is just like darkness and cold, a word that man has created to describe the absence of God. God did not create evil. Evil is the result of what happens when man does not have God’s love present in his heart.  It’s like the cold that comes when there is no heat or the darkness that comes when there is no light.’ 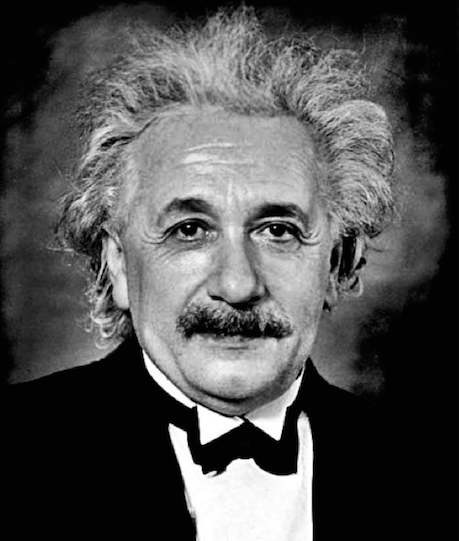 The professor sat down.

If you read it all the way through and had a smile on your face when you finished, mail to your friends and family with the title ‘God vs. Science’

PS:  The student was Albert Einstein.