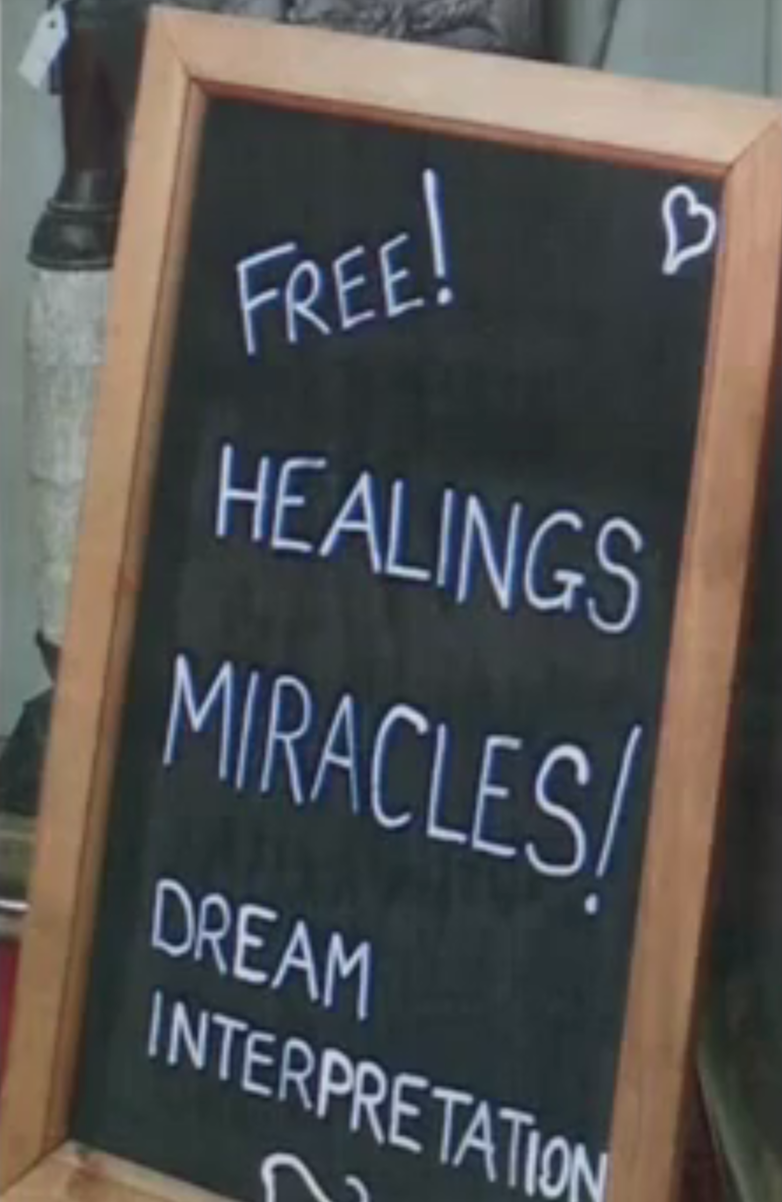 Aliss Cresswell has a sign outside her restaurants telling people that they can come in for free miracles.  Aliss appeared on the It’s Supernatural TV show and explained all about it to Sid Roth.

She says that when people are prayed for, they get healed over 90% of the time.

Sometimes she gets words of knowledge over people.  She told one local criminal what he had been doing the night before.  The instantaneous healing of a broken bone followed.  Watch the free miracle happen in the short YouTube video clip below.

One of the restaurant customers complained about having pieces of broken glass in his fingers.  They had been there for years.  After Aliss prayed for him, he went home.

His free miracle happened that night. Many little pieces of glass came out of this fingers.  Not only that, but glass come out of his foot.

Glory Cloud Appeared in the Street

The Holy Spirit once told Aliss that a drug dealer would  get saved that day.  A drug dealer did indeed come into the restaurant.  However, he bought food to go and left to eat it on the grass across the street.

Aliss asked the Lord to send one of His angels to the drug dealer and send him back.  The man got up and returned to the restaurant.

Before he got inside, Aliss and an employee began prophesying over the man.  They prayed for some health issues and they were reversed.

The drug dealer called his friends over and some of their health issues were reversed.  Then a glory cloud appeared on the street.

The entire group of friends got saved before they left the restaurant.  Watch the short video clip below.

There were even more stories in the original broadcast.  Watch the It’s Supernatural TV interview between Sid Roth and Aliss Cresswell.