The only things left to them were the curses from the Bible but none of the blessings.
— Martin Luther, writing about the Jews

I shall bless those who bless you and curse the one who curses you.  In you will all families of the earth be blessed. — God, referring to the Jews in Genesis 12:3   And I will establish a covenant between Me and you and your seed after you in their generations as an everlasting covenant, to be a God to you and to your seed after you.  — God, referring to the Jews in Genesis 17:7 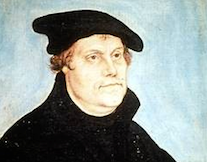 Read those quotations above.  Either God is right or Martin Luther is right.  Logic dictates that they cannot both be right.  Considering His intelligence and nature, I’m voting for God.

Martin Luther did lots of good things for the church.  However, one bad thing he did was perpetuate antisemitism.   He perpetuated a replacement theology that said that Christians replaced the Jews as the “apple of God’s eye”.

Concepts in today’s blog are taken from the movie Let the Lion Roar and its  follow-up book Escaping the Great Deception.

Let the Lion Roar shows the viewer 16th century Europe when, with the help of the newly-developed printing press, Martin Luther’s ideas went viral.  As a result, huge numbers of people rejected the Catholic church and started following a “by grace through faith” Protestant religion.

The movie discusses a supernatural conspiracy that wove lies into the very fabric of the church.  These lies prevent the church from achieving God’s purpose.

The film goes back many centuries before Luther to expose lies perpetuated by fathers of the faith such as Augustine of Hippo, Bishop Hilary and Pope Innocent III.

The ivy and the brick wall 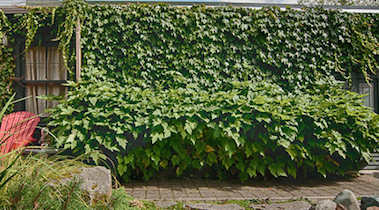 The movie and book were the result of a repeating prophetic vision Derek Frank (the narrator in the movie) had.  Then one day Mr. Frank was given a mental picture of an ivy on a brick wall.

The tendrils were attaching themselves to the wall and spreading the ivy everywhere.  Like the church that God wanted, the ivy was disguising the look of the wall and even causing it to decay.

I never give dates or even think much about them.  However, one of these days the great tribulation of book of Revelation will happen.

Severe affliction has a way of making people call out to God.  When Christ returns after the tribulation, Israel will be ready to receive Him.  The Lord will establish His kingdom on earth and Jerusalem will be its capital.  Representatives from nations will go to Jerusalem to honor and worship King Jesus.  The church will reign with Christ for a thousand years.

We are ALL called to worship The King.  There is not one Jewish or Greek, not one slave or free, there is not one male or female.  For you are all one in Messiah Y’shua.  — Galatians 3:28   The gentiles are to become one with the Jews: …so that He could create the two, Jewish and non-Jewish, into one new man…
— Ephesians 2:15b

One thought on “Escaping the Great Deception”