The day of the LORD is near for all nations. As you have done, it will be done to you; your deeds will return upon your own head.  Obadiah 1:15

I will bless those who bless you, and whoever curses you I will curse; and all peoples on earth will be blessed through you.    Genesis 12:3

Curses and coming against Israel

There is a strong statistical correlation between USA coming against Israel and economic disasters in the USA.  Watch the short YouTube video below. 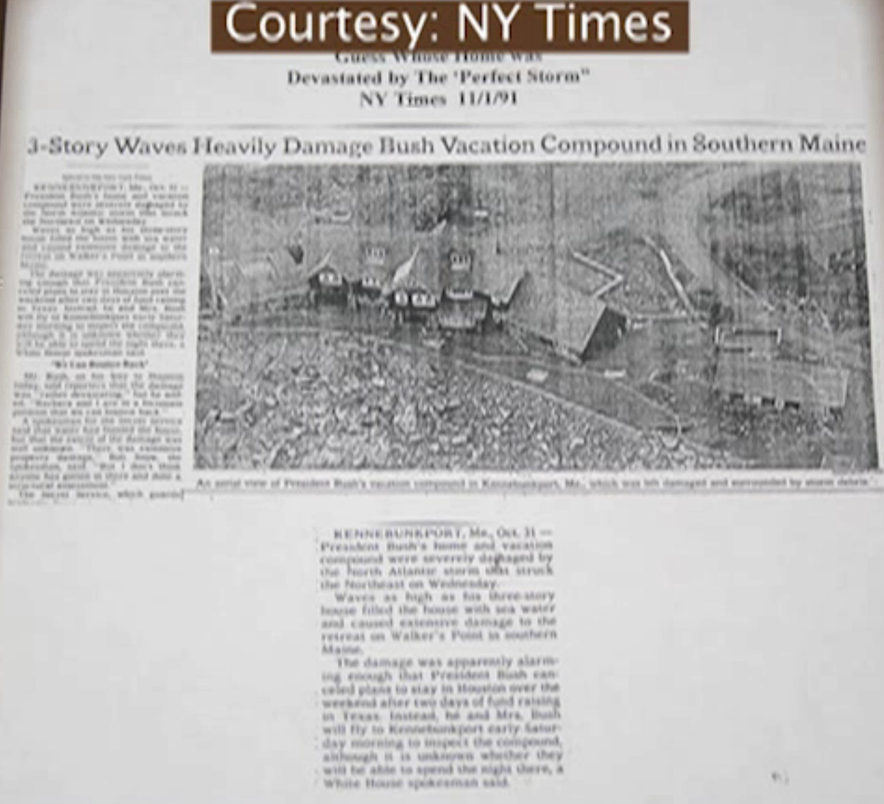 On October 31, 1991 President George H. Bush was in Madrid, Spain. He was speaking at the Madrid Peace Conference talking about how Israel could be divided.

That SAME DAY a bizarre weather pattern was happening in the Atlantic Ocean. It was so bizarre that it happens only once every couple of hundred years.

A hurricane suddenly changed direction. It produced waves in the Atlantic Ocean that were 100 feet high. Thirty foot high waves came along and destroyed Pres. Bush’s home in Maine.

God has a covenant with the Jewish people that Israel is their land. No one should mess with God’s covenant. If you go to FEMA’s website, you can read about FEMA’s largest natural disasters in the USA. NINE of the top ten occurred while the US government was doing something against Israel.

It is dangerous for the USA to act against Israel. Read the passage from Obadiah above. It says, “As you have done, it will be done to you.” Now find out about the New Madrid Fault Line.

To learn more about the correlation between the treatment of Israel and natural disasters, watch the interview between John McTernan and Sid Roth.