Nebuchadnezzar’s wise men and the dream

You may recall Nebucadnessar’s dream from Daniel 2.  It bothered the king so much that he called in all of his magicians and so on to tell him his dream and then interpret it.  They said that they just could not tell hm the dream.

However, they said that one of the Israelite captives, Daniel, had the ability to do that.  Daniel told the king that the God of Abraham, Issac & Jacob could interpret it.
The next day Daniel came back and told the king his dream. 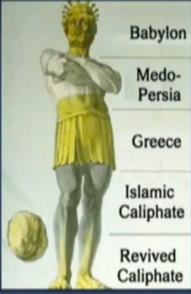 He said that there was an enormous statue:
♦ The head was of gold,
♦ The chest & arms were of silver,
♦ The belly and thighs were bronze,
♦ The legs were of iron and
♦ The feet were a mixture of iron & clay.

A rock was cut out from a mountain and smashed the feet of iron & clay.  The iron, clay, bronze, silver and gold were broken into tiny pieces.

The wind swept them away without leaving a trace.  The rock became a huge mountain and filled the whole earth. 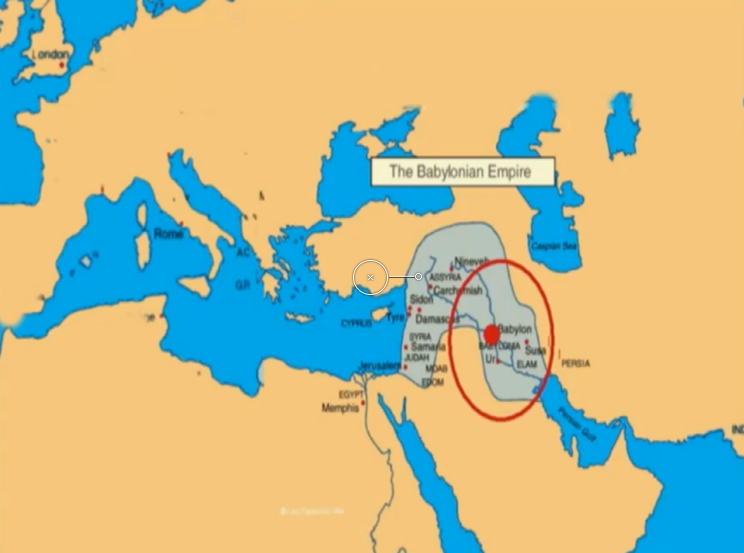 The Bible revolves around Israel.  Nebucadnessar’s dream was about empires of the middle east.  Watch the video by Joel Richardson to see his slant why it could not have been the Roman Empire and what the correct interpretation really is.

Mr. Richardson’s video came from an El Shaddai Ministries conference.  To hear the entire message, go to the El Shaddai conference website, scroll down to the July 25 meeting and click on the “watch video” button on the left.  Open to full screen.