Let’s do something important before I discuss the asteroid prophecy. Let’s establish some credibility of Tom Horn as an accurate prophet.

Tom Horn announced to the world the Pope Benedict XVI was going to resign in April 2012. Popes usually die while in office. No pope had resigned in over 600 years.

It was not until February 2013 that the Vatican announced  that Pope Benedict was reigning. That same day the Vatican gave an interview to the New York Times. They said that the pope had secretly resigned in a year earlier and his resignation had been accepted in April  2012.

Asteroid prophecy — Apophis will strike the earth in 2029.

Tom Horn had a dream about a giant asteroid crashing through the earth’s atmosphere. It was breaking apart  as it was heating up. 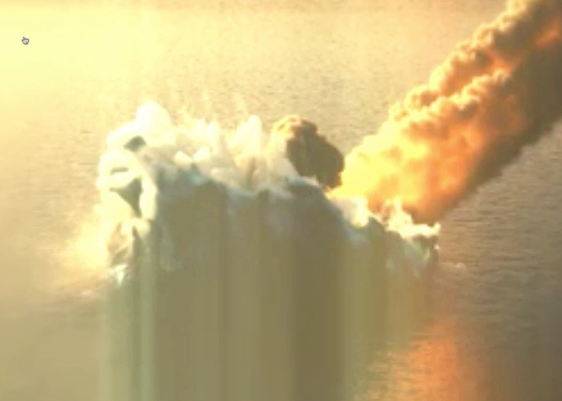 After a large piece hit the ocean, a giant wave was formed. It was hundreds of feet tall. There was a great tsunami on earth.

The rock was very hot from the friction of the atmosphere. This caused boiling in the ocean. Weather patterns were changed. Even a hurricane resulted.

Another rock hit the earth so hard that a volcano erupted.

After Mr. Horn woke up, he heard one word — Apophis. That’s the name that NASA gave to a very large asteroid. It is heading towards earth.

NASA says that it’s trajectory will be so close to earth that it will wipe out satellites above our atmosphere.

Tom Horn said that this prophecy came to him in a familiar pattern. He says that all prophecies in that pattern have come to pass.

He says that in April of 2029 Apophis will strike the earth.

To learn more, watch the video below.

Editor’s opinion: I suspect that if many Christian mystics united in prayer to stop this astroid, it would be stopped.