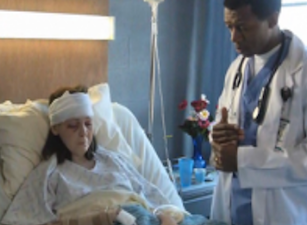 After recovering from a severe accident, Deborah Shambora’s sight was not normal. However, she could see angels and she could see demons.

She died on the operating table. Her spirit rose above her body. She could see her body and she could see the doctors resuscitating her.

After a cornea transplant she began seeing demons and angels. In one instance she was sitting near the back of a church and the woman in front of her was in obvious pain. The Lord revealed to her that the woman had a migraine headache. After Deborah prayed for the woman to be healed, she saw an angel walk down the aisle and pour liquid on the woman’s head.

On occasion Deborah goes to heaven. One of her favourite things to do is pray with Jesus.

2 thoughts on “Sees Angels After a Severe Accident”