Skip to content
Dr. Reggie Anderson demystifies what happens when we die. The award winning medical doctor was once an atheist. But since his own heaven experiences, he can’t keep quiet about what awaits us in eternity. 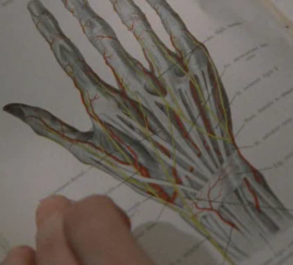 In the video clip below, Dr. Anderson alludes to the second law of thermodynamics.  This law can be summarized by saying that everything moves toward disorder.  Everything left on its own will decay.  That is a condition that physicists call entropy.

He was in an anatomy class looking at pictures of the human body.  Thinking about his studies of physics, he decided that something so artistic as the human body could not have just evolved from virtually nothing.  He was no longer an atheist.

Not a Christian Yet

After his anatomy class, Dr. Anderson believed that there was a creator.  That meant he was no longer an atheist.  However, that did not mean that he became a Christian.  That came later because of his mother and a girl he liked.
His mother had given him a Bible and the girl had given him a copy of Mere Christianity.  He read Mere Christianity and the Gospel of John and then fell asleep.  He had an amazing dream.
Jesus spoke to him.  He also saw some deceased friends of his in heaven.  That changed his life.  Watch the video below.

On gift Dr. Anderson was given from heaven is the ability to diagnose patients supernaturally.  Watch the video below.

Listen to the entire interview between Sid Roth and Dr. Reggie Anderson.